What are Overburdened Communities (OBC)?

NJ’s EJ Law creates a definition to screen populations who are potentially in need of environmental justice.

An Overburdened Community (OBC), as defined by the law, is any census block group, as determined in accordance with the most recent United States Census, in which: 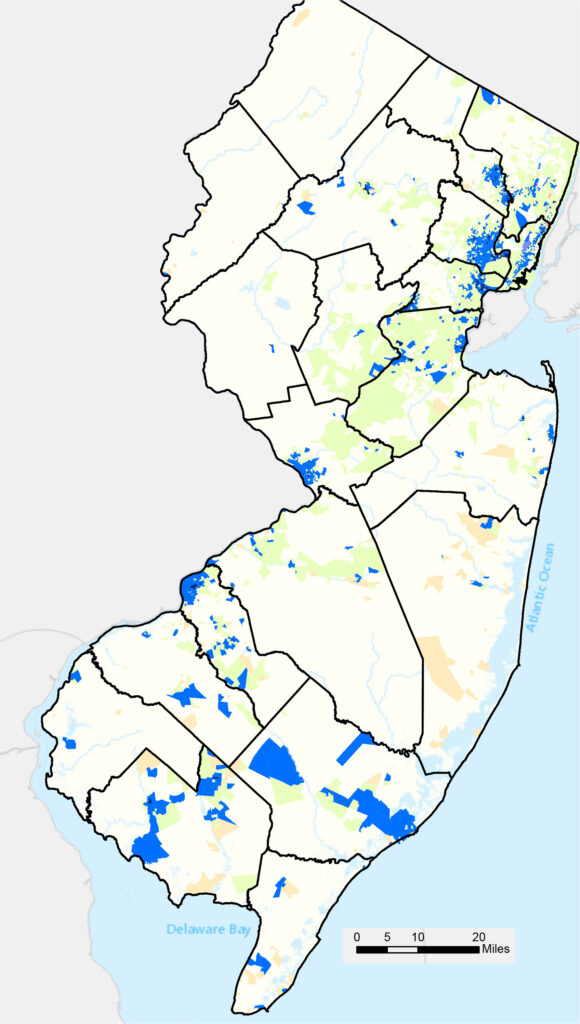 This Excel spreadsheet provides the list of overburdened communities, the criteria each block groups meets, and the municipality for which the over burdened community is designated in accordance with the New Jersey Environmental Justice Law, N.J.S.A. 13:1D-157.

This tool provides the public a visualization of OBC locations throughout the State, where existing facilities regulated under the law are located and what existing environmental and public health stressors currently impact these OBCs. Watch this tutorial to learn more about EJMAP.

For details of underlying calculations behind the beta version of EJMAP, please read the accompanying EJMAP Technical Guidance.

Feedback on the tool and technical guidance, particularly related to the structure and functionality of the tool itself, can be shared to EJMAPFeedback@dep.nj.gov for consideration.

OBC Technical Notes and Other Resources

For more information about the calculation of Overburdened Communities and their municipal designations, please read the Technical Notes for an overview.