The mission of the Bureau of Evaluation and Planning is to protect human health and welfare by reducing the public’s exposure to criteria air pollution and toxic emissions.

The Planning Unit develops the State Implementation Plans to reduce criteria pollutant levels and maintain these levels at or below National Ambient Air Quality Standards (NAAQS), as well as improve visibility at our federal Class 1 Area at the Brigantine Wilderness Area of the Edwin B. Forsythe National Wildlife Refuge.

The Toxics Evaluation Unit evaluates the releases of air toxics in our state to ensure the permitted emissions are sufficiently low to protect public health. 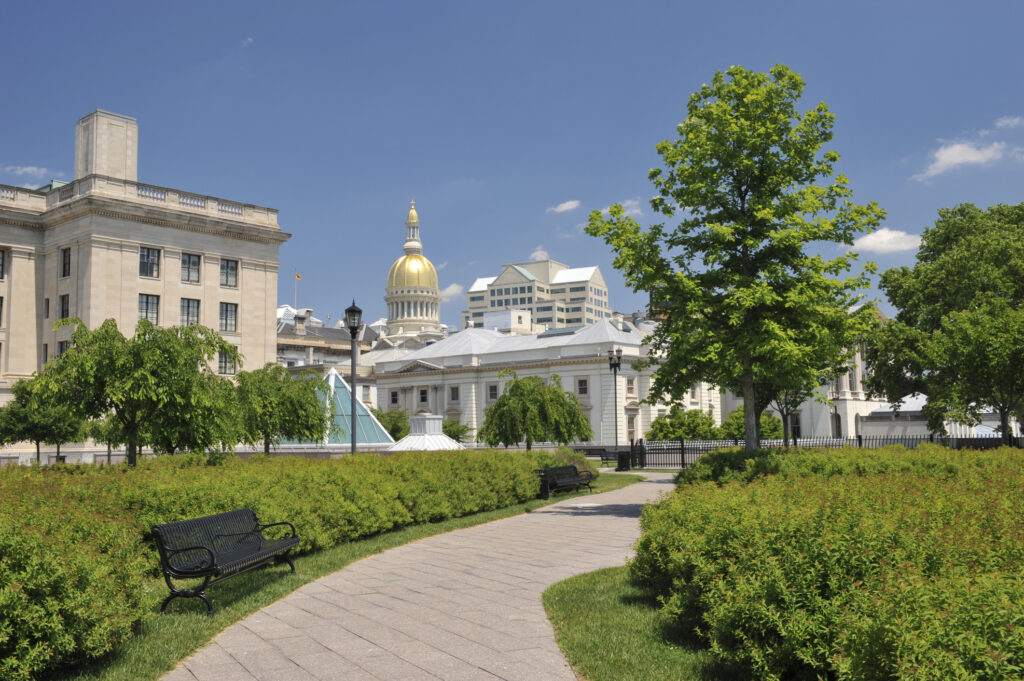 New Jersey’s State Implementation Plan (SIP) for air quality is the state’s plan for how it will attain or maintain compliance with the National Ambient Air Quality Standards (NAAQS). 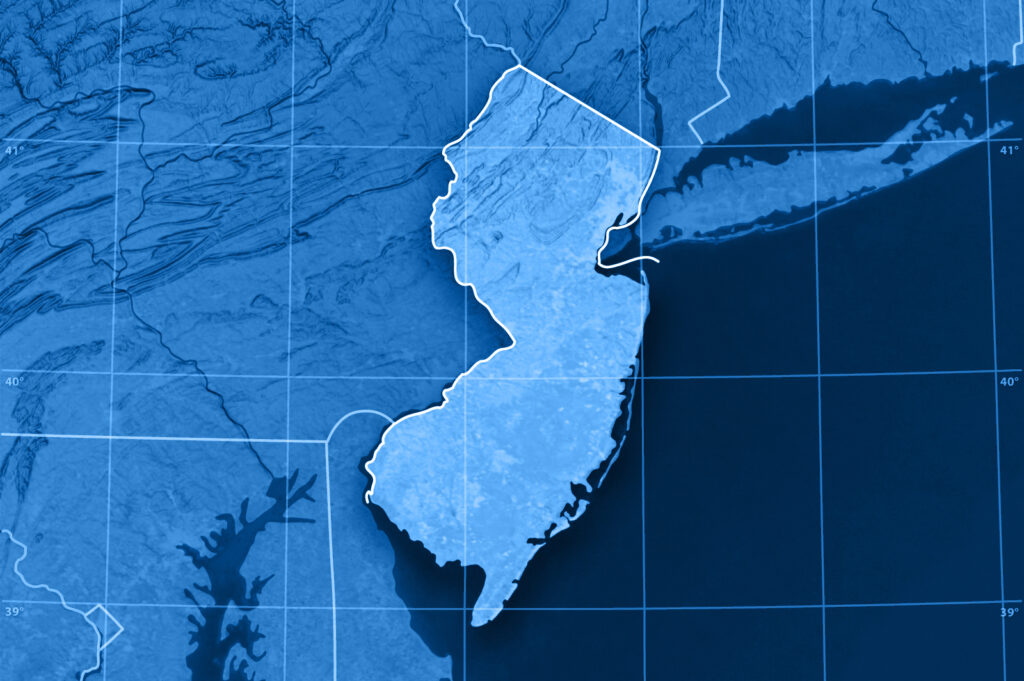 When a NAAQS is established or revised, the USEPA goes through a formal process to designate all areas of the country as either in attainment or in nonattainment. 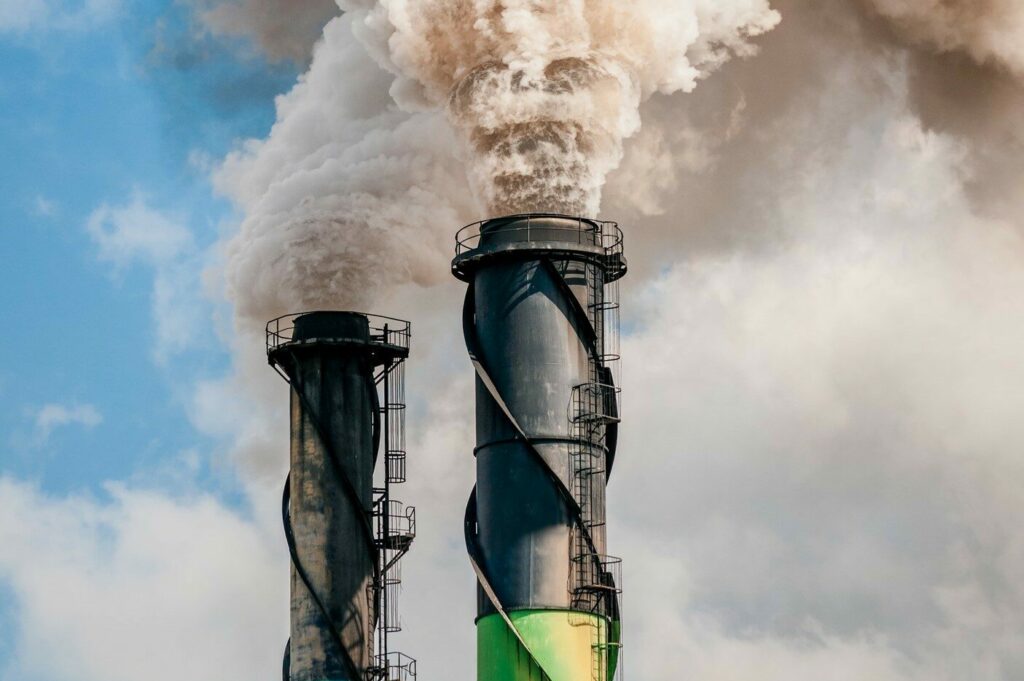 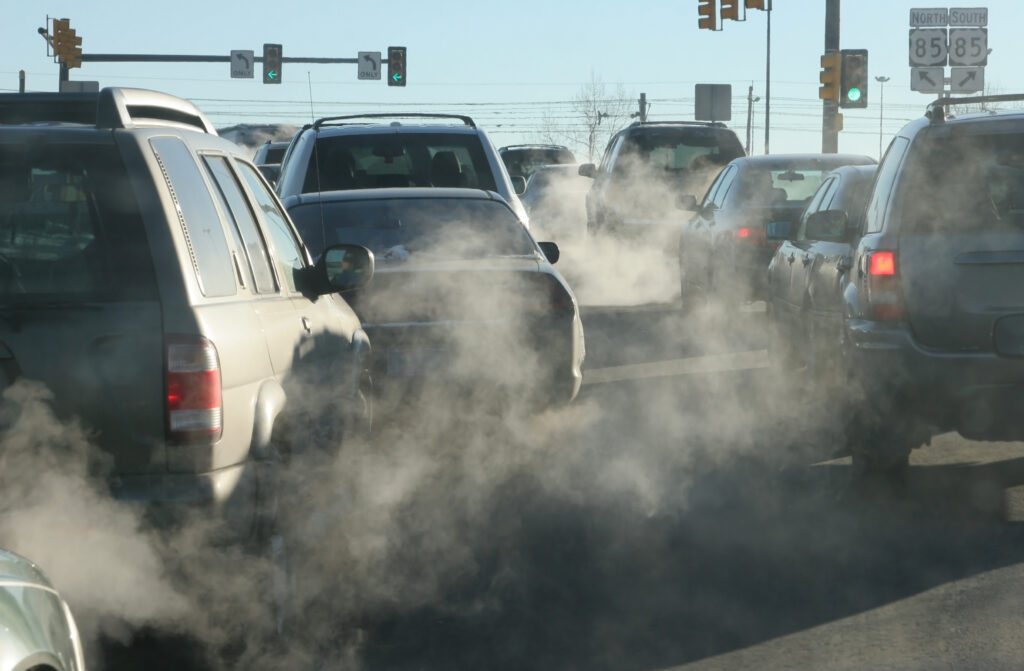 Learn about a large group of pollutants known as “Air Toxics” or “Hazardous Air Pollutants” and find the latest air toxics assessment for New Jersey. 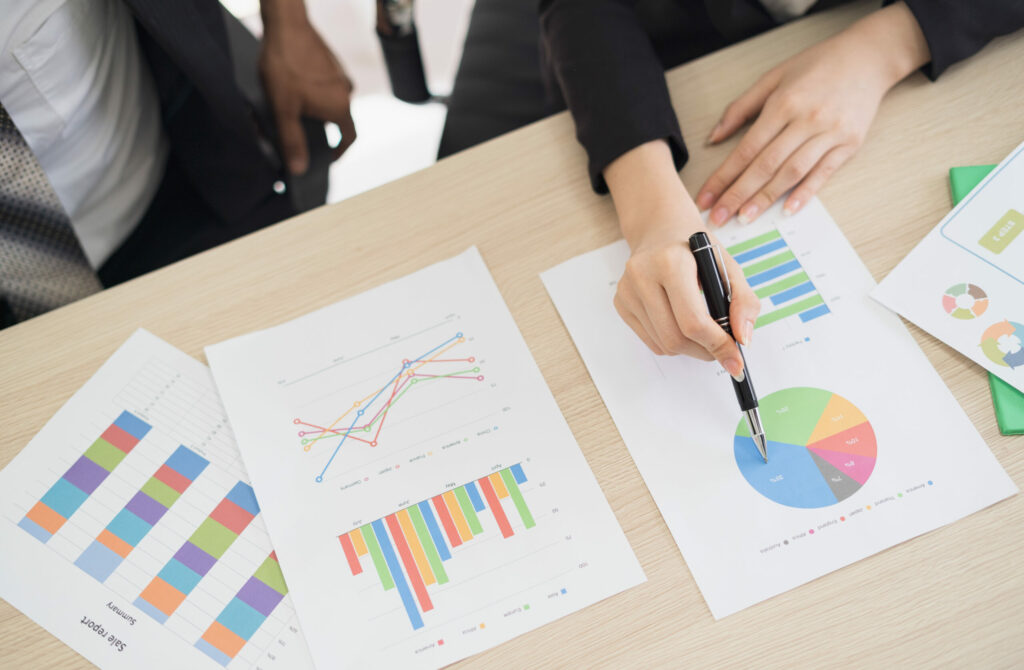 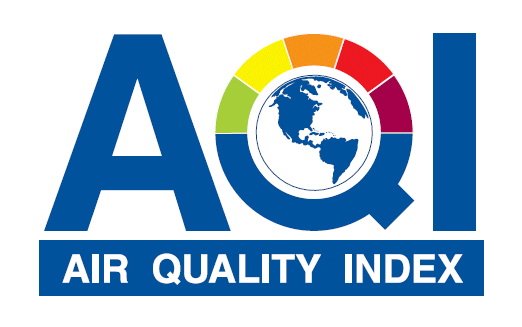 What are the National Ambient Air Quality Standards?

The Federal Clean Air Act requires the United States Environmental Protection Agency (USEPA) to set National Ambient Air Quality Standards (NAAQS) for six common air pollutants. These commonly found air pollutants also known as “criteria pollutants” are particle pollution or particulate matter (PM), ground-level ozone, carbon monoxide (CO), sulfur dioxide (SO2), nitrogen dioxide (NO2), and lead. These pollutants can harm your health, the environment, and cause property damage. The USEPA calls these pollutants “criteria” air pollutants because it regulates them by developing human health-based and/or environmentally-based criteria (science-based guidelines) for setting permissible levels. Limits based on human health are called primary standards. The USEPA also can establish a second set of limits intended to prevent environmental and property damage, which are referred to as secondary standards. The Federal Clean Air Act further requires the USEPA to review and, if appropriate, revise the NAAQS for each criteria air pollutant every five years to ensure they continue to adequately protect human health and welfare.

What is ground-level ozone and how is it formed?

Ground-level ozone is an air pollutant known to cause a number of health effects and negatively impact air quality and the environment in the state of New Jersey.  Ozone is formed when oxides of nitrogen (NOx) and volatile organic compounds (VOCs) react in the presence of sunlight.  Ozone can irritate any set of lungs, but those with lung-related deficiencies should take extra precautions on bad ozone days.

Visit the link below to learn more about ozone and its health effects, and to view reports from days when New Jersey has exceeded federal ozone standards.

What is particulate matter?

Particulate matter is the term for particles found in the air, including dust, dirt, soot, smoke, and liquid droplets. Many manmade and natural sources emit particulate matter directly or emit other pollutants that react in the atmosphere to form particulate matter. Sources of fine particles include all types of combustion activities (motor vehicles, power plants, wood burning, etc.) and certain industrial processes. Other particles may be indirectly formed when gases from burning fuels react with sunlight and water vapor.

Particles less than 10 micrometers in diameter (PM10) pose a health concern because they can be inhaled into and accumulate in the respiratory system. Particles less than 2.5 micrometers in diameter, PM2.5 are referred to as “fine” particles and are believed to pose the greatest health risks. Because of their small size (approximately 1/30th the average width of a human hair), fine particles can lodge deeply into the lungs. Particles with diameters between 2.5 and 10 micrometers are referred to as “coarse.”

Health studies have shown a significant association between exposure to fine particles and premature death. Other important effects include aggravation of respiratory and cardiovascular disease (as indicated by increased hospital admissions, emergency room visits, absences from school or work, and restricted activity days), lung disease, decreased lung function, asthma attacks, and certain cardiovascular problems such as heart attacks and irregular heart beat. Individuals particularly sensitive to fine particle exposure include older adults, people with heart and lung disease, and children. Roughly one out of every three people in the United States is at a higher risk of experiencing PM2.5 related health effects: active children because they often spend a lot of time playing outdoors and their bodies are still developing and oftentimes the elderly population is at risk.

What is regional haze?

Air pollution can scatter and absorb light, limiting visibility and obscuring color and clarity. When visibility is reduced over large regions it is called Regional Haze. Haze makes the outline of a skyline or a natural vista difficult to see. For real-time pictures from New Jersey showing how haze obscures the skyline check out the haze camera at www.hazecam.net.

In the eastern United States, the largest contributor to visibility impairment is sulfates, accounting for over 70 to 80 % of the visibility impairment on the worst days. Other pollutants that affect visibility include oxides of nitrogen (NOx), light absorbing carbon, organic carbon, soil, and course material. Most of these are the same pollutants that comprise fine particulate matter for which the urbanized areas of the State are in non-attainment of the annual health standard.

The Federal Clean Air Act of 1990 authorizes the U.S. Environmental Protection Agency (EPA) to protect and improve visibility in the 156 federally-designated Class I areas (national parks and wilderness areas). New Jersey is home to one Class I area: the Brigantine Wilderness Area of the Edwin B. Forsythe National Wildlife Refuge, located in southern New Jersey. In 1999, the USEPA issued requirements for all states, including New Jersey, to address haze caused by numerous sources over large geographic areas and return visibility levels within all Class I areas to their natural conditions by the year 2064. Since enactment of this Regional Haze rule, New Jersey joined a consortium of mid-Atlantic and northeastern States in the MANE-VU Regional Planning Organization to address this issue locally and regionally. New Jersey submitted its final State Implementation Plan revision to address regional haze visibility impairment on July 28, 2009 to begin the process of returning air quality within New Jersey’s Class I area to natural conditions. For more details, click here.

The New Jersey Department of Environmental Protection has prepared a 5-year progress report for the Regional Haze State Implementation Plan revision for public review and comment. The report documents New Jersey’s continued progress in reducing emissions within the State resulting in improved visibility levels and demonstrates that the Department will meet New Jersey’s 2018 visibility goal at its Class I area: the Brigantine Wilderness Area in the Edwin B. Forsythe National Wildlife Refuge (Brigantine Wilderness Area).

What is mobile source planning?

What is regional air quality modeling?

Under the coordination of the Ozone Transport Commission (OTC)  Modeling Committee, New Jersey works together with several northeast states to perform regional modeling runs and contribute to the preparation of technical information for the regional modeling efforts.  New Jersey also participates in the Mid-Atlantic Northeast Visibility Union (MANE-VU) whose focus is on the development  of regional strategies for air pollution control to reduce visibility impairment in our national parks and wilderness areas.  New Jersey works with other states as a part of the Mid-Atlantic Regional Air Management Agency (MARAMA) Mid Atlantic Regional Air Management Association – MARAMA and USEPA to develop the regional air emission inventories used in the regional modeling.  Through these regional efforts, the contribution of transported air pollution is estimated, and regional air pollution control strategies are developed.

New Jersey’s location along the northeast corridor between major metropolitan areas, along with meteorology, makes New Jersey the recipient of air pollutants transported from other States. Westerly winds from the Ohio River Valley and nighttime reservoirs of pollutants from southern States along the Appalachian Mountain Range have been shown to contribute to high ozone and fine particulate concentrations in New Jersey.  To learn more about interstate air pollution transport see Interstate Air Pollution Transport | US EPA.

Many people use wood burning as a primary or supplemental heat source for their homes.  A growing trend is to burn wood in yards for recreational reasons. Fire pits and chimeneas have become increasingly popular. Another source of wood smoke comes from outdoor wood boilers used to heat hot water that in turn heats the home, swimming pools, greenhouses, etc. Wood is a renewable energy source, however, burning wood can impact public health and welfare.

What You Can Do to Reduce Air Pollution

What can I do to reduce air pollution?

From carpooling to watching your thermostat, there are many things you can do to reduce air pollution. Visit the link below for pollution-preventing tips and tricks you can use on the road, at the office, and in your home.

Not sure what a term means? Check our Glossary and Acronyms page to find out! 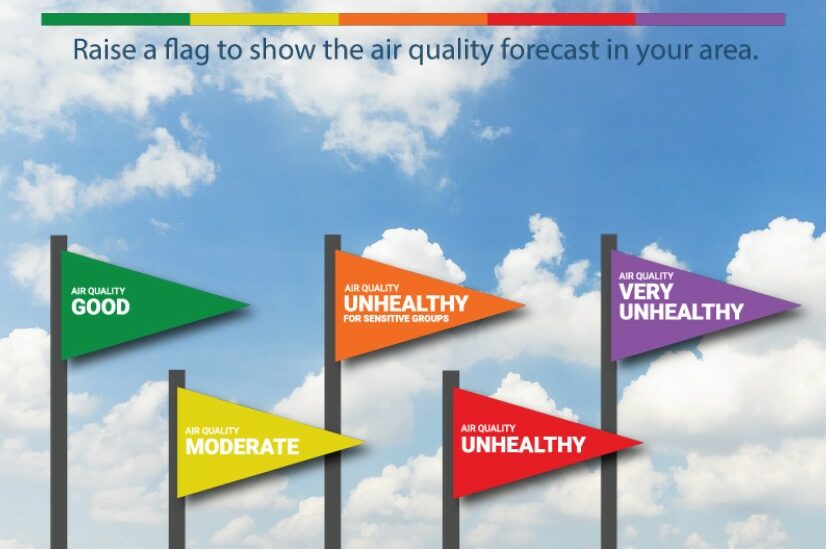 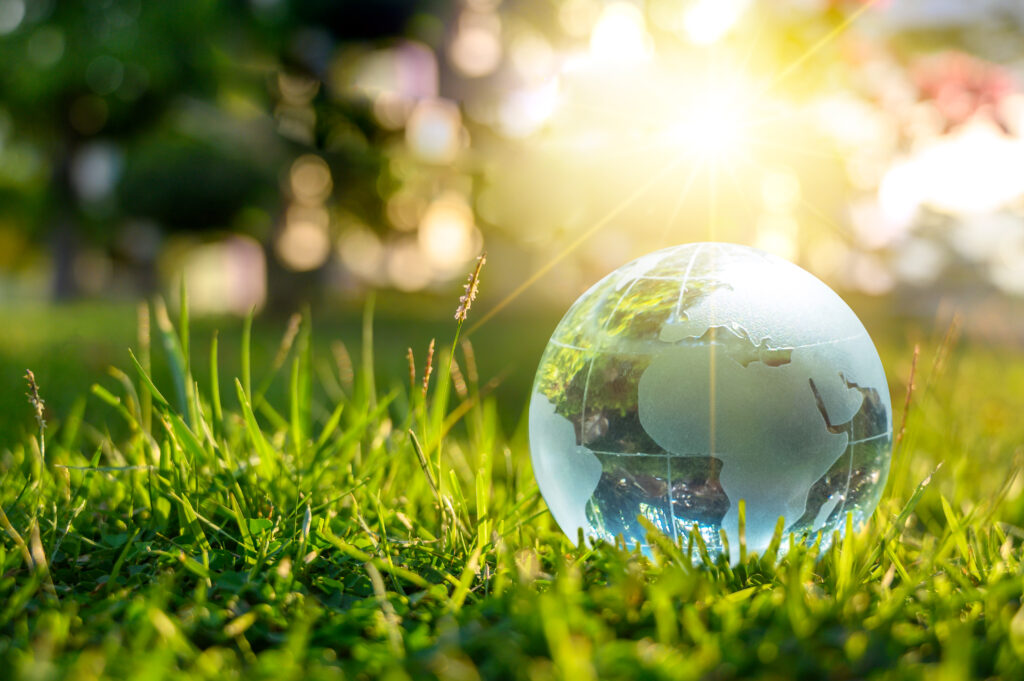 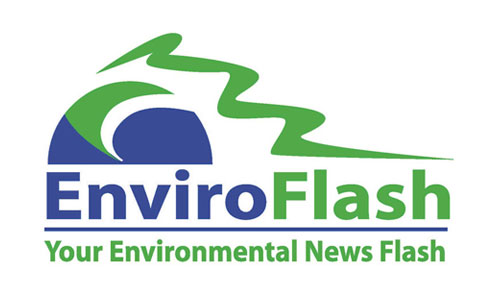 Get notifications about your air quality via email or text with Enviroflash! 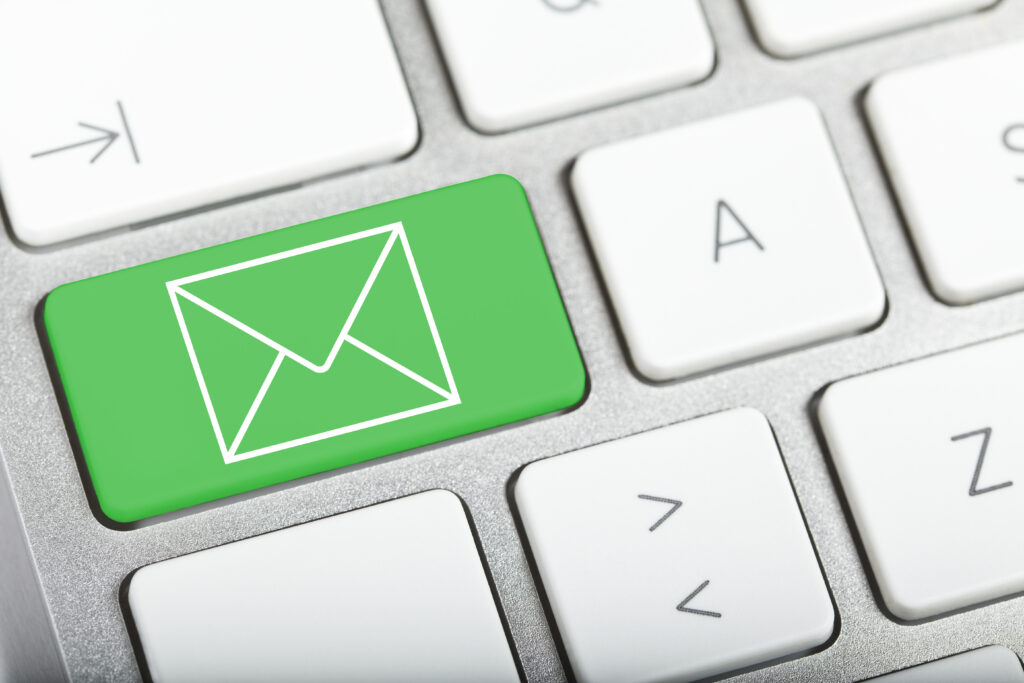